The Intel Core i3-3217U is another Ivy Bridge ultra low voltage processor from the biggest computer processor manufacturer, Intel. It is an ultra low voltage processor (ULV) released in the 2nd quarter of 2012. This ULV processor, Intel Core i3-3217U, runs at the base clock speed of 1.8 GHz (1800 MHz). This processor does not support Turbo Boost technology but it does support Hyper-Threading to be able to handle up to four threads in parallel for additional processing power. 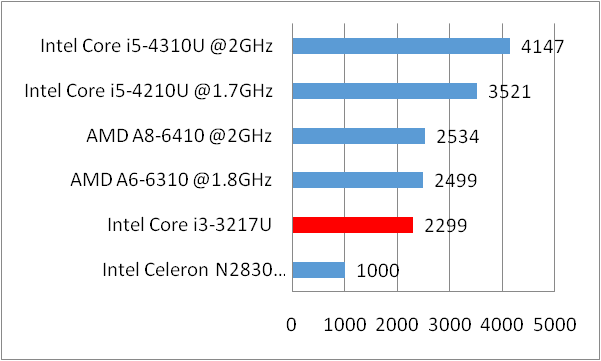 This dual core processor, Intel Core i3-3217U has an integrated graphics controller (GPU) dubbed Intel HD Graphics 4000 that offers 16 Execution Units (EUs) that is clocked at around 350 MHz up to 1150 MHz because of Turbo Boost in the GPU side, providing a performance comparable with entry level discreet class GPUs.

This ultra-low voltage Intel Core i3-3217U processor has a thermal design power (TDP) of about 17 watts which makes it appropriate for small and ultraportable laptop PCs that measure 11 inches and above.
Labels: Core i3-3217U Intel