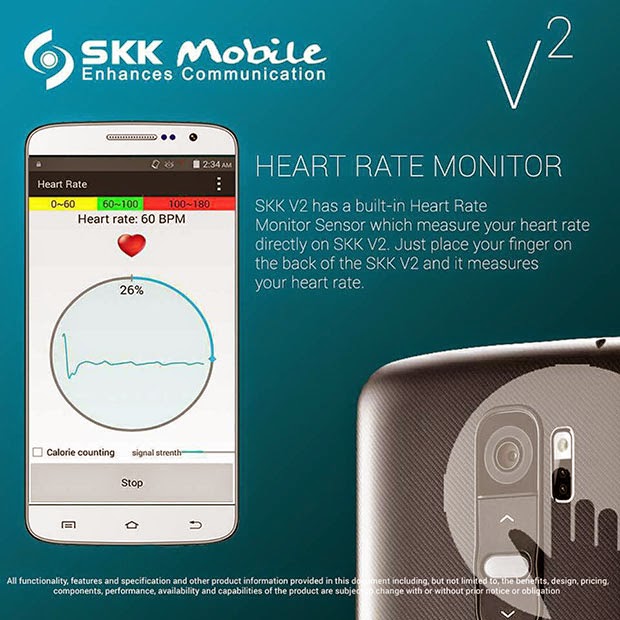 SKK has announced the availability of another phablet or smartphone in the market, the SKK Mobile V2. This smartphone boasts with some interesting features such as thin bezels and rear camera button, which is already known by many, imitated from LG G3 smartphone. Aside from those features imitated from LG it also features heart rate monitor sensor, air browse, air - call accept, smart screen / eye gesture, palm motion, quick gesture entry and some other.

This SKK Mobile V2 is equipped with 5 - inch IPS LCD display with 540 × 960 screen resolution which makes it to have ~220 pixels per inch. Since it offers only low resolution, the display of this smartphone will  not win any award compared to smartphone with humongous screen resolution that offers clear, stunning, crisp and sharp display. 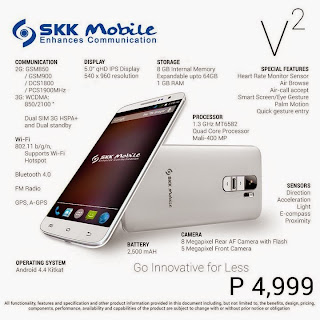 Under the hood, this SKK Mobile V2 features 1GB RAM, 8GB internal storage which can be expanded up to 64GB, 8 megapixel rear facing camera with autofocus and LED flash, 5 megapixel front camera for those who would like to take selfies, Dual SIM with dual standby capability, 3G HSPA+ connectivity, Bluetooth 4.0 interface, GPS, A-GPS, and 2500 mAh battery that can over several hours of battery juice. 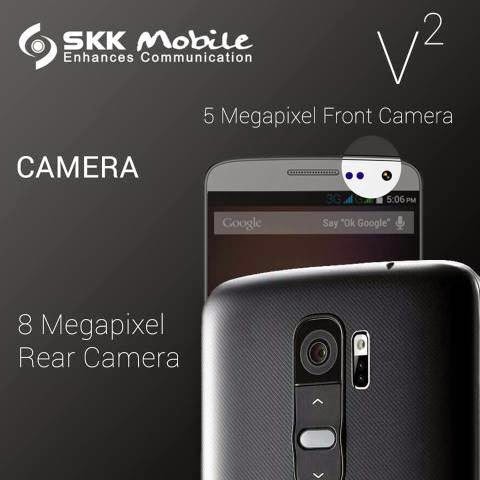 In addition to those features, this Mobile V2 smartphone is powered by the Android Operating System, the Android 4.4 KitKat mobile OS. SKK is planning to release this smartphone within this month at the price of about Php 4999. Local smartphone available in this price range include, MyPhone Rio, Cherry Mobile Alpha Luxe.