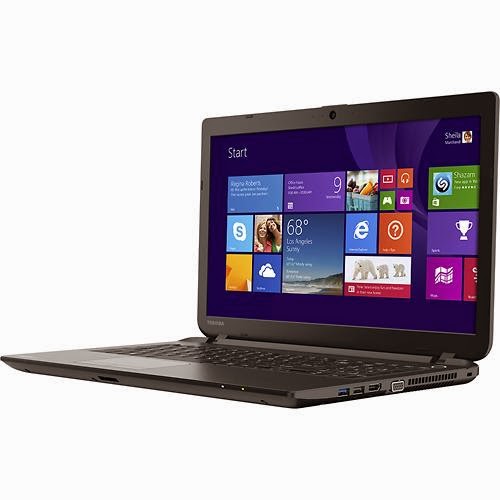 The Toshiba Satellite C55D-B5219 is another inexpensive laptop PC equipped with 15.6 - inch TFT high - definition widescreen display with LED-backlit and TruBrite technology. The screen display is packed with 1366 x 768 resolution which is common to entry level notebooks available in the market. This resolution nowadays is considered low and it is expected that the display is not that great compared to other notebooks with higher resolution.

This Satellite C55D-B5219 boasts with the processing muscle of AMD A6-6310 accelerated quad core processor which runs at the base clock speed of 1.8 GHz. Since this APU features Turbo Core technology the processing speed increases up to 2.4 GHz. It also features a level 2 cache of about 2 MB. This A6-6310 APU has an integrated graphics controller dubbed AMD Radeon R4 which has the ability of rendering high definition movies and playing older and low resolution games with ease. 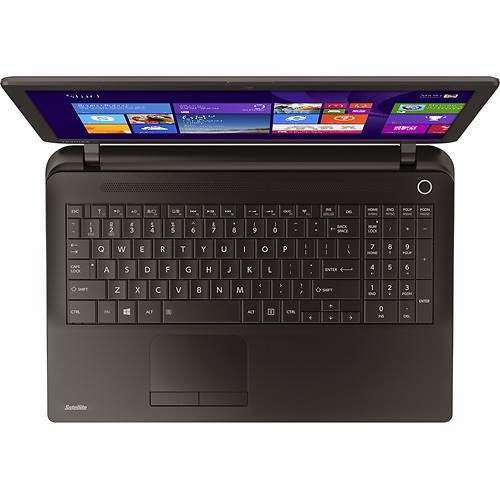 The multitasking ability of this computing device is done with 4GB DDR3L memory. Several applications, games and multimedia files can be stored in this Toshiba Satellite C55D-B5219 notebook using the 750 GB Serial ATA hard disk drive that spins at the rate of 5400 rpm, this would be better if it runs at the rate higher than this, say 7200 RPM. You can do some video chat with the high-definition webcam and microphone. Your computer may read files stored in Secure Digital, Secure Digital High Capacity, SDXC, miniSD, microSD and MultiMediaCard formats using the built in Multiformat media reader. 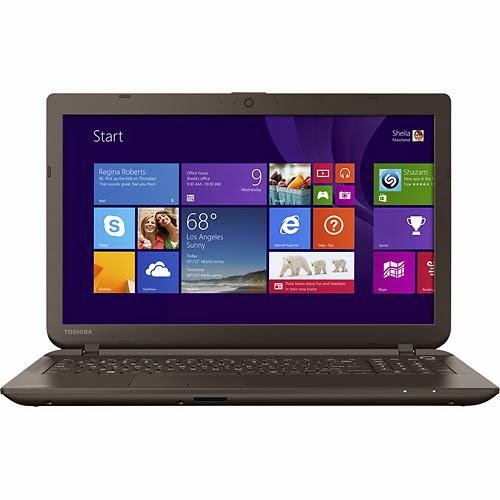 You may connect this Toshiba Satellite C55D-B5219 with available WIFI in your area because of the built in high-speed wireless LAN that supports 802.11b/g/n wireless technology. Or you may exchange digital data file with other computers or smartphone using the Bluetooth 4.0 interface. Or if you want a reliable internet connection, you may utilize the built-in 10/100 Ethernet LAN. Your electronics devices and gadgets can be connected to this notebook PC with the use of 1 USB 3.0 port or the other 2 USB 2.0 ports. DVD titles can be watched directly with your laptop using the Multiformat DVD±RW/CD-RW drive with double-layer support or even burn digital files with it. 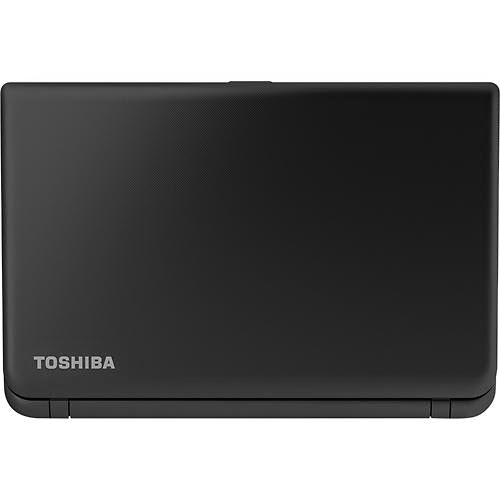 This Satellite C55D-B5219 laptop measures about 15 inches x 10.2 inches x 1.1 inches and weighs roughly 4.9 pounds. It comes in textured resin finish in jet black for stylish look. This notebook is powered by Microsoft Windows 8.1 64-bit operating system. A 4-cell lithium-ion battery is provided with this computing device that will last for several hours of usage. You may get this Toshiba Satellite C55D-B5219 for the price of US$ 359.99.