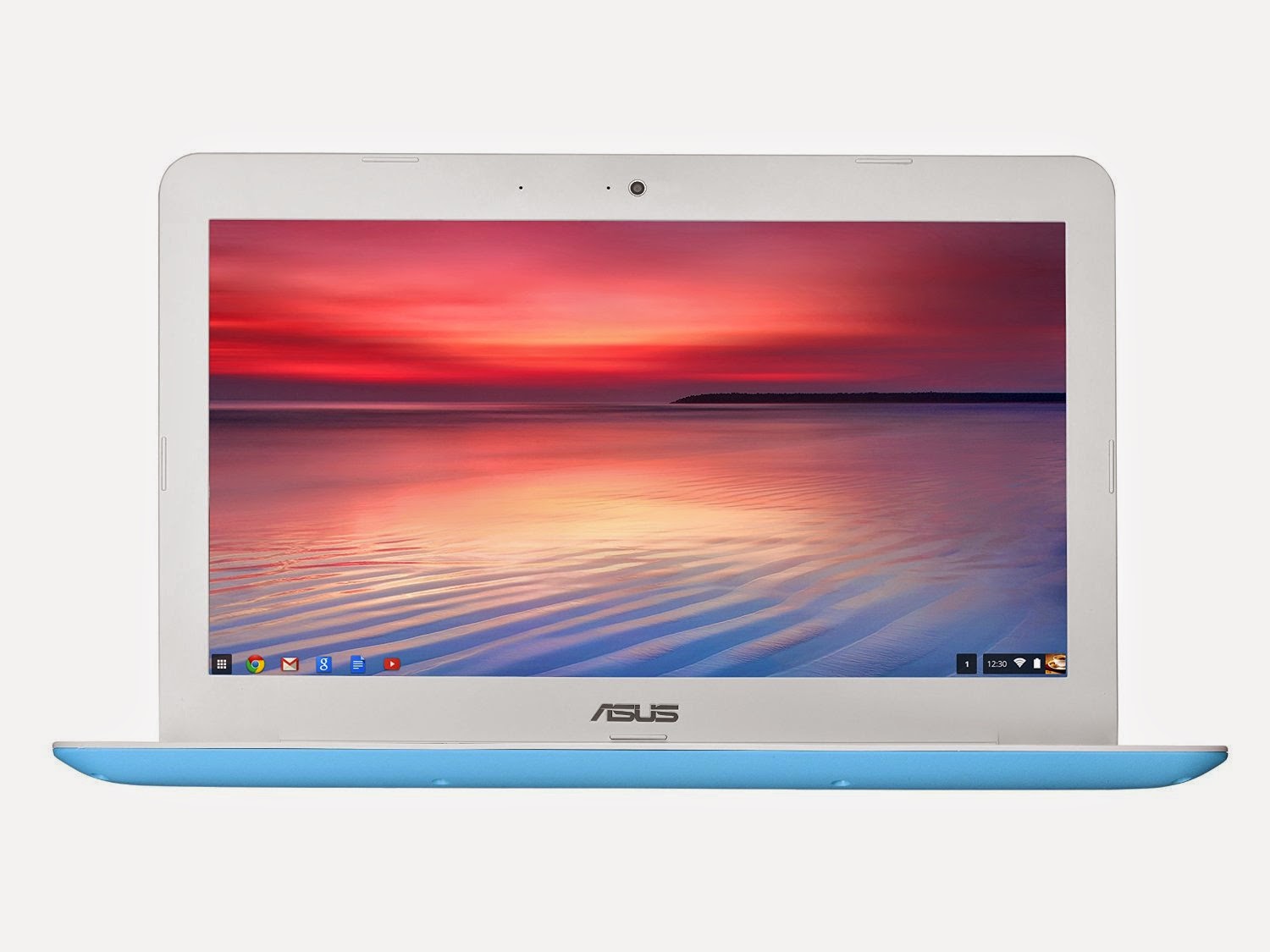 The ASUS CHROMEBOOK C300MA DH01 is a laptop PC comes packed with the processing muscle of Intel Celeron N2830 dual core processor that features 1 MB level 2 cache and runs at the base clock speed of 2.16 GHz which increases up to 2.41 GHz. This processor has an integrated graphics controller called Intel HD Graphics based on the Intel Gen7 architecture, which supports DirectX 11 and capable of rendering high definition movies and playing less demanding games with ease.
The ASUS CHROMEBOOK C300MA DH01  laptop PC is equipped with interesting features such as 2 GB RAM which deals with the multitasking capability of the laptop; 16 GB SSD that provides space for storing documents, photos, music and videos; 100 GB of Google Drive for 2 years; built - in memory card reader; standard keyboard; touch pad pointing device with multi touch control; built - in HD webcam with microphone; headphone jack (stereo), speaker; and a battery package which will give you up to 10 hours of working away from the main source of electricity.

This ASUS CHROMEBOOK C300MA DH01 laptop PC is equipped with display features such as 13.3" HD LED display with 1366 x 768 resolution and 16:9 aspect ratio. The resolution in this laptop common to entry level laptops, so it is expected that the display is not that crisp, sharp and clear compared to laptop with lower resolution. This laptop comes in different colors such as light blue for Asus C300MA-DH01-LB; red for C300MA-DH01-RD; yellow for C300MA-DH01-YL and black for C300MA-DB01.