The ASUS MeMO Pad 7 ME572C is a 7 - inch capacitive multitouch display quad core tablet comes packed with the processing muscle of  Intel Atom Z3560 power efficient quad core SoC for Windows and Android tablets. It is has 2 MB level 2 cache and runs at the clock speed of up to 1.83 GHz. This tablet has a screen display of 7 inch IPS 10 - finger capacitive touch - screen LCD with 1920 x 1200 resolution. This quad core tablet also features 2 GB LPDDR3 RAM to ensure efficient performance – the memory deals with the multitasking ability of the tablet, so the higher the memory capacity the better the multitasking. It also has an integrated graphics controller called PowerVR G6430 graphics which can also be found in Apple's A7, but in this SoC it is clocked somewhat higher at 457 - 533 MHz. 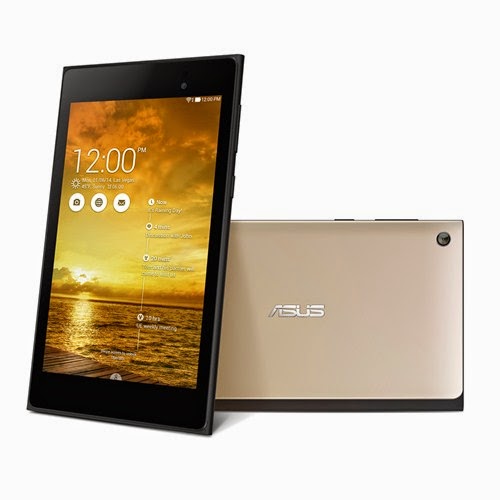 It is also equipped with sensors such as G-sensor, Light Sensor, E-compass and Hall sensor. So far this ASUS MeMO Pad 7 ME572C tablet comes in two flavors, the Asus ME572 ME572CA1BG  (burgundy) and Asus ME572 ME572CA1CH (Champagne Gold). 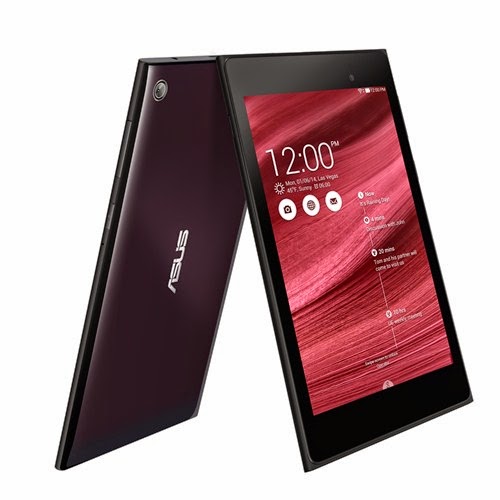 This  ASUS MeMO Pad 7 ME572C tablet also comes with the following connectivity features such as Micro USB that offers flexible connection options and lets you charge select devices; WIFI WLAN802.11 b/g/n; Bluetooth V4.0; and Miracast. It has a rechargeable 15Wh Li-polymer battery which can give you several hours of working away from the main source of electricity.