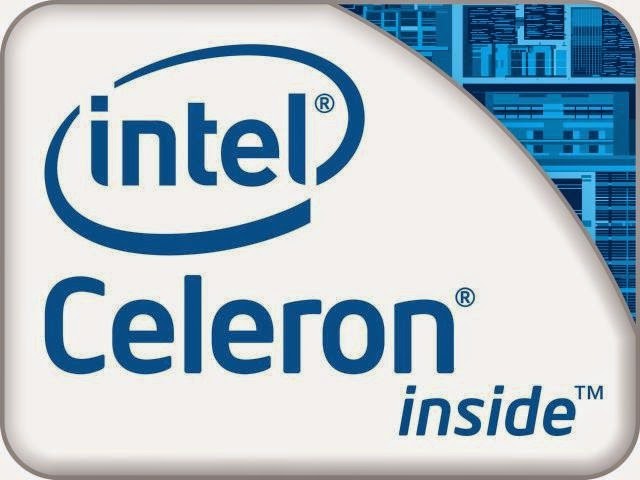 The Intel Celeron N2830 is a dual - core System – on –Chip (SoC) designed primarily for entry - level laptops. This CPU has a base clock speed of 2.16 GHz which can increase up to 2.4 GHz (2400 MHz). It is fabricated using the 22 nanometer technology that utilizes low - power process using the tri - gate transistors. The performance of this CPU and its energy efficiency were improved considerably in comparison to the older Intel Atom CPUs. The Intel Celeron N2830 features Intel Quick Sync and Wireless Display. Moreover, the CPU has a level 1 cache of 112 kB and 1024 kB of level 2 cache.


In addition, this processor supports Hyper-Threading technology which makes the processor to perform better. This Celeron N2830 is better than previous Intel Atom processors because of its speed. For daily computing tasks such as Internet browsing and doing Office works such as word processing and spreadsheet application, the performance of this processor is enough. This processor has almost the same performance as compared its other sibling, the Intel Celeron 1019Y SoC, but performs less compared to Intel Core i3-4010U ULV with a PassMark score of 2494, AMD A6-6310 APU with a rating of 2499, AMD A8-6410 with a rating of Core i5-4210U ULV with 3521 points and Core i5-4310U with a score of 4147 points. Below is a graph showing the performance of Intel Celeron N2830 in comparison to other popular CPUs / SoC. 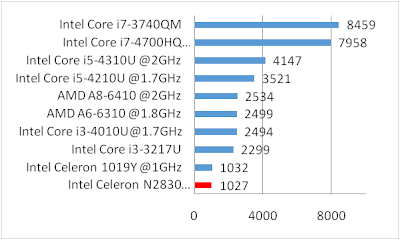 In terms of graphics processing this processor is equipped with a GPU that supports DirectX 11 technology. This GPU is enough when playing older and less demanding games. The entire System – on – chip (SoC) has a thermal design power (TDP) 7.5 watts. Therefore, this processor is designed to be used in laptops with sizes ranging from 11 inches and above.